A special treat for all of my readers today, we have a visitor! Please welcome Ms. Alexia Purdy, author of the Dark Faerie Tale series


Any writer knows that research is all part of the fabulous life of being an author. Anything that
is not familiar, not part of your everyday life will need to be researched. I came across this particular

obstacle while writing book 2 of my Dark Faerie Tale series and my new post-apocalyptic vampire hunter series Reign of Blood. I was blown away by how much Hollywood distorts weaponry use, making me realize just how much is faked for the almighty dollar. Truth is sacrificed for awesome action scenes and somewhat believable fighting, even if they are physically impossible.


I got to talk to one very knowledgeable individual about this kind of stuff. I found myself asking
for suggestions for weaponry choices of all types to use in my Reign of Blood novel and Ever Fire, the second book of my Dark Faerie tale series. Our conversation went sort of like this:


Me: Use of a samurai sword?


Him: A samurai sword is called a katana, and it is worn on the left side tucked into a sash. It is
always on the left; even if the wielder is left handed a samurai always draws with his right hand.
Quite often a short katana called a wakasashi or a knife called a tanto is worn also on the left


Me: What if the person is wearing cargo pants or jeans?


Him: I’d say the same; a katana's sheath has no belt loop.


Me: Okay, so you think I can have her wear a sash to hold it over the cargo pants? What about a
machete?


Him: No, a belt would do the job. It would be through the belt, edge facing up. As for a machete,
it is typically worn on the right hand side on a belt, with a string at the point of the sheath to,
wrap around the leg so it doesn’t swing when you walk. Fun fact, the katana was originally
meant to be straight, but because the edge was so much denser than the body of the blade, it

bent instantly when it was cooled in water, giving it its iconic curve.


Wow! I didn’t know this, someone could have shown me a straight sword and called it a katana
to me, and I wouldn’t have known the difference!


He had also suggested I use a ‘meteor hammer’. I was completely flabbergasted and wondered:
What the heck is that? He patiently talked me through the description and seeing my all too desperate
questions compiling, he then proceeded to show me a nice you-tube video of a guy swinging this ball of metal around tied to a rope like it was a rocket. He could smash melons into smithereens with a whirl and a swing of it, much like a lasso but with a heavy metal ball at the end. An actual meteor hammer is so small; you would think it would be bigger! It’s just about the size of an average man’s hand. Imagine what it could do to a blood-sucking, zombie-like vampire’s head!


If you have seen Kill Bill (taking the Hollywood view now), you know that young chick that
swung the spiked metal ball with a chain attached? Yeah, that is not a real portrayal of a meteor
hammer at all. It’s more of a flail, but I can’t be sure what they were going for there. Can you actually
believe a little frail girl like that could carry the amount of weight that chain apparatus would take to
swing around and just carry with you? I think not! She must have some massive biceps! Now I’m not
saying that meteor hammers don’t come made like that, they are just more traditionally used with rope.


So next time you watch your favorite movie on the big screen, think twice when weapons are
used. Were they used properly? Or is the Hollywood hype being absolutely splayed across the exploding screen to reel in your money? Is it real or just smoke and mirrors? Do your research! Google and You-Tube are your friends . 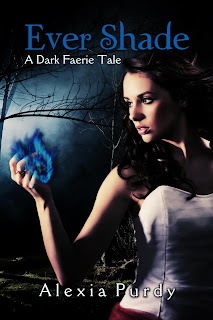 Ever Shade (A Dark Faerie Tale) by ALEXIA PURDY

A dark twist on faeries. For Shade, a chance meeting with a powerful Teleen faery warrior who wields electrical currents and blue fires along his skin- has her , joining him on a treacherous mission for the good Seelie Faerie Court across the land of Faerie. Magic and malice abound and nothing is what it really seems to be.

The evil Unseelie Queen and her treacherous allies are round every corner... as Shade makes her way across the breathtaking landscapes of the world of Faerie, which exists alongside the mundane human world. Shade discovers her own uncharted magic and meets some of the most powerful warriors in Faerie while battling evil dryads, conniving Teleen guards and challenges on her life with every step in a world where nothing can be taken for granted.


“Shade.”
The blue fire glowed around her, crackling and popping all around. The walls seemed to be so close to her,enveloping her like a cocoon. She stood up from the
ground where she had woken.

Is this real? A dream? She did not know.

She felt the walls around her. Nothing but hard, cool stone and the sound of
her own breath echoed around her. The fire came from the other side of the
room. It stood like a pillar, the size of a man. In fact, as she stared longer
into the flowing flames, the image of a man surfaced on the fire. She gasped.
The man’s eyes were closed and his hands laid crossed over each other on the hilt of a gleaming sword. The blade glowed with blue fire too. Its hilt was
made of red dark rubies that bled a deep red fire. It glowed down his middle, red, like blood flowing from his hands down the blade of the sword.

Shade walked towards him, asking who he was. He didn’t respond to her inquiries, no matter how much she pleaded with him. She kept walking towards him slowly, her feet were bare but they did not feel cold on the stones like she thought they should. Her heart pounded in her throat as she reached towards the man. Help me, she whispered to him, her voice faint and weak. Her fingers were almost
about to touch the blue flame engulfing his body. She felt afraid, not knowing
if the flames would burn or scald her hand. She needed to wake him, to make him help her out of this place, this tomb. Her fingers were just a bit away now.

His eyes flew open, bright white light poured out of them and his mouth as he
opened it.

A sound quite like loud ethereal music filled her ears to the point she had to cover them. The music seemed to scream into her. The words came now and were almost booming with the deafening music. 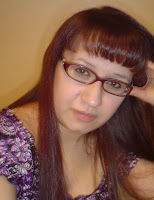 Alexia currently lives in Las Vegas, Nevada- Sin City! She loves to spend every free moment writing, or playing with her four rambunctious kids. Writing has always been her dream and she has been writing ever since she can remember. She love's creating paranormal fantasy and poetry and loves to read and devour books daily. Alexia also enjoys watching movies, dancing, singing
loudly in the car and Italian food. Currently launching her debut dark paranormal fantasy Ever Shade- A Dark Faerie Tale series with Crushing Hearts and Black Butterfly Publishing.