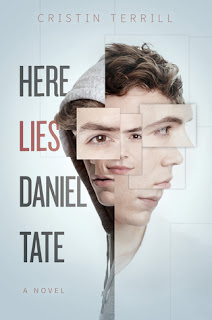 A young, street-savvy runaway looking for a place to call home realizes he might have conned his way into the wrong family in this fast-paced and thrilling novel from award-winning author Cristin Terrill.
When ten-year-old Daniel Tate went missing from one of California's most elite communities, he left no trace. He simply vanished.
Six years later, when he resurfaces on a snowy street in Vancouver, he's no longer the same boy. His sandy hair is darker, the freckles are gone, and he's initially too traumatized to speak, but he's alive. His overjoyed family brings him home to a world of luxury and comfort he can barely remember. In time, they assure him, he'll recover his memories; all that matters now is they're together again.
It's perfect. A miracle. Except for one thing.
He isn't Daniel Tate.
He's a petty con artist who accidentally stumbled into the scam of a lifetime, and he soon learns he's not the only one in the Tate household with something to hide. The family has as many secrets as they have millions in the bank, and one of them might be ready to kill to keep the worst one buried (goodreads).

So....that all happened.
Plot: "Daniel" was looking to get out of a bad situation in Vancouver and decided to pose as a resurfaced missing child. His plan quickly went awry when his family booked a flight from California to Vancouver immediately and had him hop a plane back "home" - no international red tape for this family! "Daniel" was thrust into a family he didn't know and tasked with keeping up with appearances - but there was more to the Tate family than he expected.

So this book. Man. I ate this one up so quickly because the mystery was delivered splendidly and I couldn't tear myself away from Daniel and his family. I mentioned in another review that I'm getting a bit too good at guessing mysteries in YA novels, but this was a mystery I couldn't quite put my finger on. I started picking up on things while reading the book but never put two and two together. This is unquestionably a fast-paced book that will shock readers.

Characters: Our main character, "Daniel", was such an enigma. There wasn't much given to this his backstory and I couldn't always understand his motivations, but he was a character I surprisingly empathized with. From his voice and interactions with others, it was clear that he didn't have the best upbringing and I wanted him to have this second-chance at life, while also coming clean to the Tate family.

The Tate family was a scary superpower that I wanted to learn more about and run far away from. They were a powerful family that did not accept "no" as an answer and it made you wonder what shady dealings they were involved in. Each family member reacted to Daniel's "reappearance" differently and that helped shape the dynamic and amp up the mystery.

Worldbuilding: It was interesting to see California/Los Angeles described from the perspective of a Canadian; it really helped make Daniel's voice seem more authentic. He questioned the overuse of air conditioning in L.A. and the political powers of some families. It was too easy to picture a Los Angeles that catered to the rich and powerful.

Short N Sweet: Here Lies Daniel Tate will keep you flipping pages and over thinking the ending. I'm ready to talk if you need to!