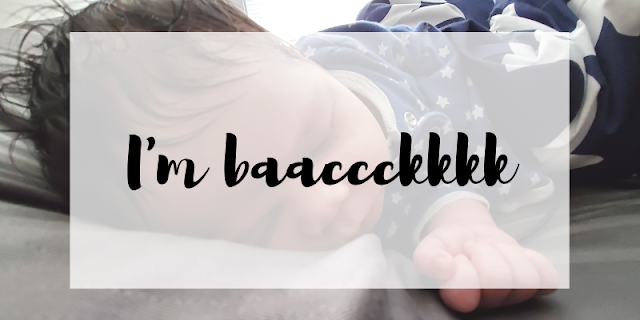 Alright, I pushed a baby out and I think I'm ready to start blogging again!

Hello friends, I've missed you all so much! I think I can slowly return to blogging since Aria was born a month ago. That's right, Baby Aria Marie was born on January 25 at 1:37 p.m.

I had to be induced despite trying everything in the book to have her on time (she was born at 41 weeks, 1 day), she decided, "nah." Luckily, the labor wasn't terrible. I was induced around 6:30 p.m. on Friday, January 24 and had a bundle the shape of a baby the next day.

It's been a wild ride I tell you. The first two weeks were nice because Matt had paternity leave, but I felt the pressure as soon as he had to go back to work. Baby blues are no joke, but I definitely have a great support system.

I had these grand ideas of reading while on maternity leave which was very naive of me. I've been watching more TV than I ever have and even played a video game (Persona 5, I will beat you damn it)!

Here are the books I did manage to read! These were read from January 24 to today.

The only non 4-star read I was We Are Blood and Thunder (3 stars).

So you're back blogging you say Amber? Kind of. I don't go back to work until April 13 and Aria has somewhat of a schedule so I feel comfortable reading a bit more and writing when I can. My blogging will still be inconsistent I'm sure, but you've got to start somewhere! I'm more active on social media these days, specifically twitter and instagram but I can't promise I'll be talking about books. They may just be a million pictures of my daughter, no judgment.

Speaking of a million pictures, don't think I wasn't going to include a couple of Aria for you all! 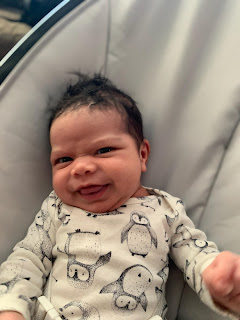 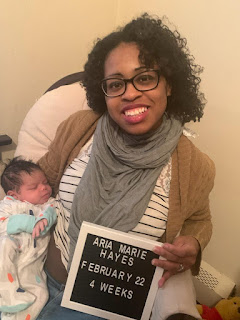 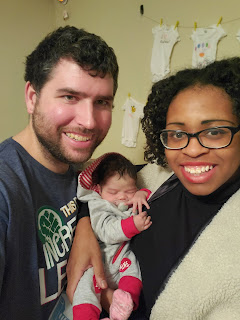 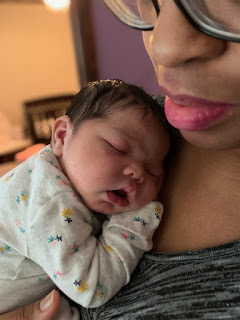 Aria is absolutely hilarious. She makes the funniest faces and is "talking" up a storm. Everyone says she looks like Matt's twin and no one sees any part of me in her, but I see it when she looks pissed. To say I am obsessed would be an understatement. It's wild to me that it's been a month already and she has gotten so big!

Thanks for your patience while I adapted to motherhood (not that I'm done). I look forward to talking books with you all!