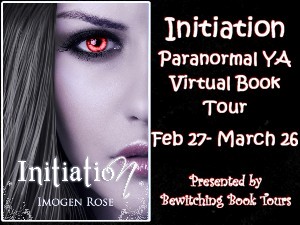 Set in the foothills of the alpine mountains in St.Moritz, this exclusive private school caters to a special kind of student. Enter at your own risk... but if you are human, you may not want to enter at all.

WARNING: This YA story is set in a school for paranormals who are very different from normal human teens. Thus, the language and some scenes might not be appropriate for younger YA readers. Recommended for those sixteen and above.

What Reviewers are Saying:


Let me lay it out for you. This is a five star book. Period. Heck, I think nearly all of Imogen Rose’s books are five stars in my eyes so far. It’s kind of crazy. Did the author make a deal with the devil or something to get this level of pure talent or what? Or maybe one of these demons from this book? Hmmm… Candy Beuchamp (Candy’s Raves)

‘It is better to fail in originality than to succeed in imitation." - Herman Melville

That one phrase changed my life, AND my perception of what people expected. So I wrote it down, in a little black book, and put it in my purse. Now, I can't tell you exactly how many times I have read that 1 phrase since I wrote it down, but every time I read a book, and then bask in the brilliance of it's originality I think of Herman and his wise advice. THEN...I think of the authors that exude this quality more than most. Imogen Rose is one of these authors.- KindleObsessed 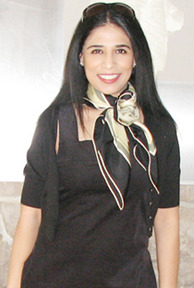 Imogen Rose is the author of the bestselling YA series, the Portal Chronicles. She was born in a small town in Sweden and moved to London in her twenties. After obtaining a PhD in immunology from Imperial College, she moved with her family to New Jersey, where she’s been based for the past ten years.For as long as she can remember, Imogen has dreamt stories. Stories that continued from night to night, from dream to dream. So, even as a child, going to bed was never an issue, just an anticipation of the story to come.PORTAL, Imogen’s first novel, would have remained in her imagination, to be shared only with her daughter, Lauren, had her eight-year-old not insisted that she write it down. In the course of a month, Imogen typed while Lauren waited eagerly by the printer for the pages to appear, and a novel took shape.The warm reception PORTAL received encouraged her to continue with the story and the Portal Chronicles. FAUSTINE is Imogen’s first book in her new series, the Bonfire Chronicles.Imogen is a self-confessed Hermès addict who enjoys shopping, traveling, watching movies and playing with her dog, Tallulah. 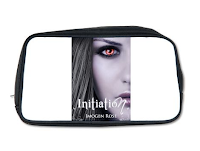 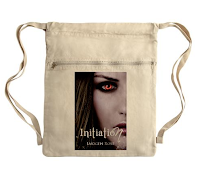 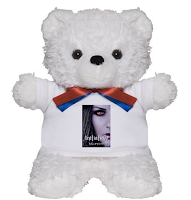 Four copies of Initiation will be provided. That's a grand total of 8 Winners!